In the spring of 2008, the Chandler Center for the Arts in Randolph, Vermont held a public art competition to design a piece that would celebrate the 100th anniversary of the Chandler Music Hall and would coincide with a major expansion and general upgrade of the Hall and its facilities.

My concept was to design and build a stained glass window that would reflect the building's history both through the use of imagery as well as the processes and techniques used in its fabrication. The panel, at 72" x 32" would match the size and trim of the existing windows in the building. It would, however, be installed in an interior wall beside the gallery doors at the head of a new grand staircase. In this manner the glass could be artificially lit with LEDs that would give the panel a consistent, controlled light source and would be viewed by all who used the staircase or approached the entry to the gallery.

The panel is topped by a masthead banner reflecting the Centennial years, 1907-2007. Beneath is a rendering of the music hall exterior as well as a portrait of Col. Albert Chandler who donated the Music Hall to the town of Randolph. There follows below that an image from the the first Shakespeare play to be performed in the hall, Twelfth Nightand an image depicting a performance at the Vermont Chamber Music Festival. Below these is a rendering of downtown Randolph as it would have appeared at the turn of the 20th century as well as a small depiction of a covered bridge spanning a branch of the White River. These are to remind us of the unique rural character of the town and the White River Valley area. At the bottom is a graphic rendering of the Victorian stencil that surrounds the main music hall walls and promotes its unique aesthetic Heritage. Bordering these classical images of the Chandler's history are a grouping of lighthearted, fused and painted glass cartoon like caricatures of musical instruments and dancing buildings. These images are meant to bridge the time elapsed during the first 100 years of the music hall and places it squarely at the start of the new millennium--thus bringing the era full circle into the present, looking forward to the next 100 years. 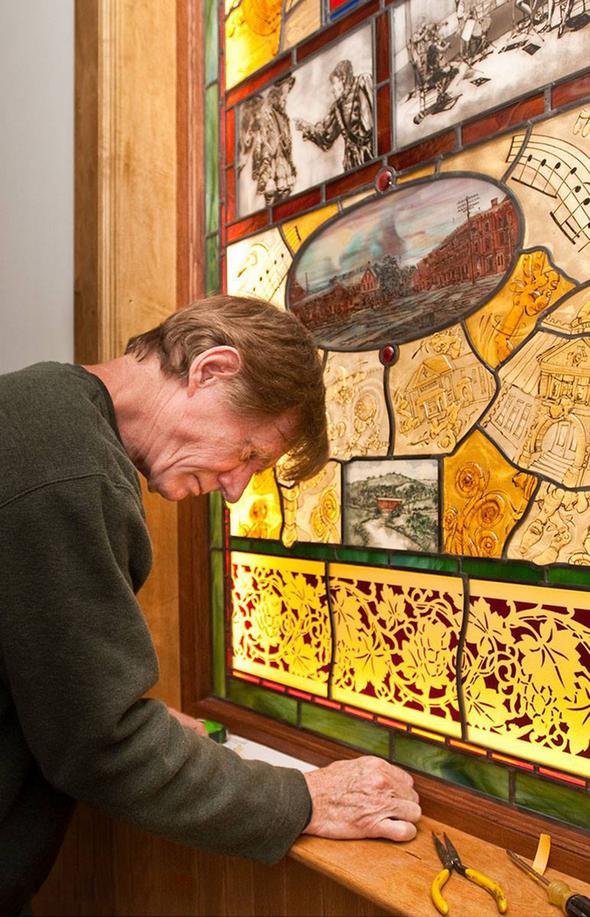 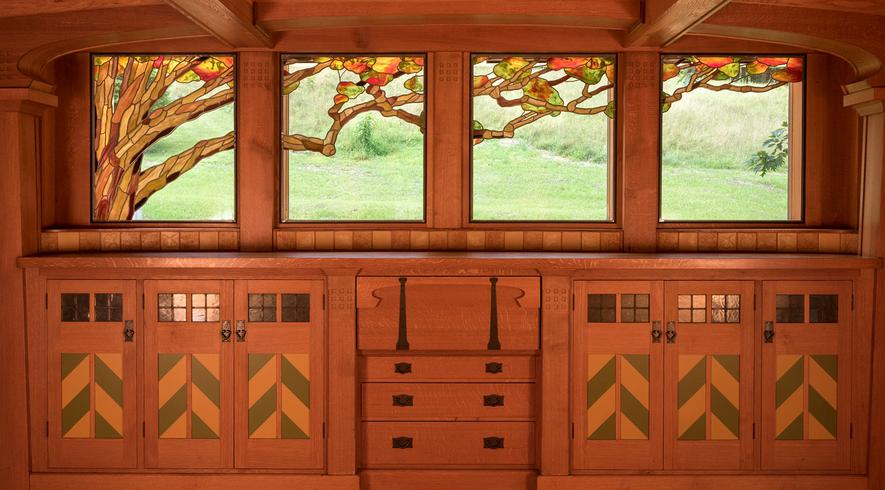 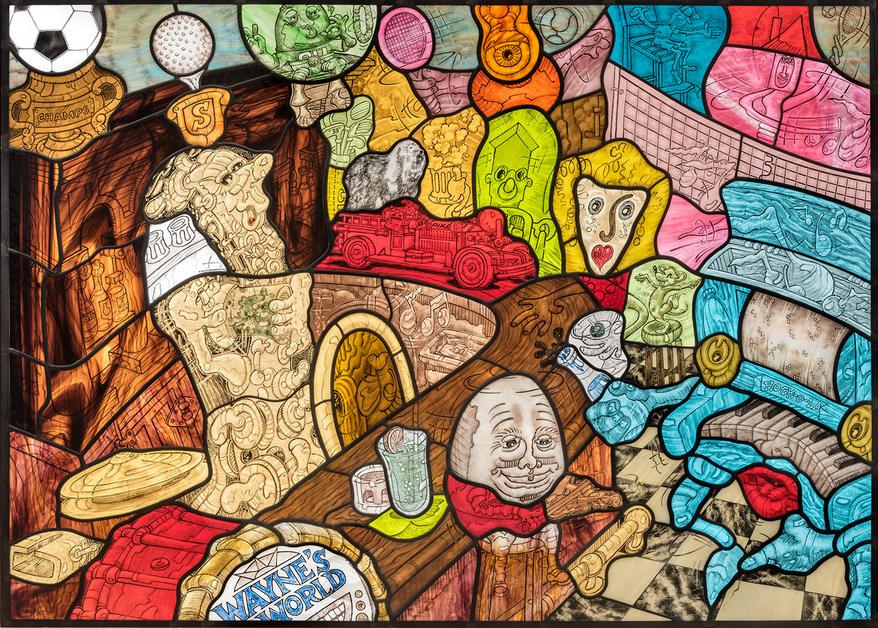 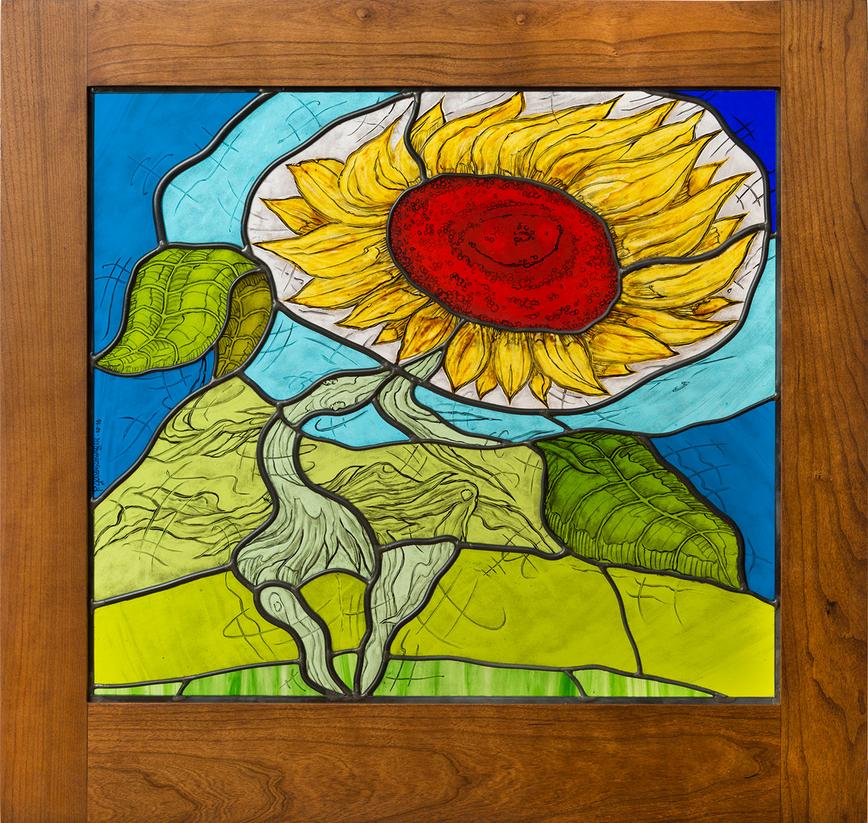 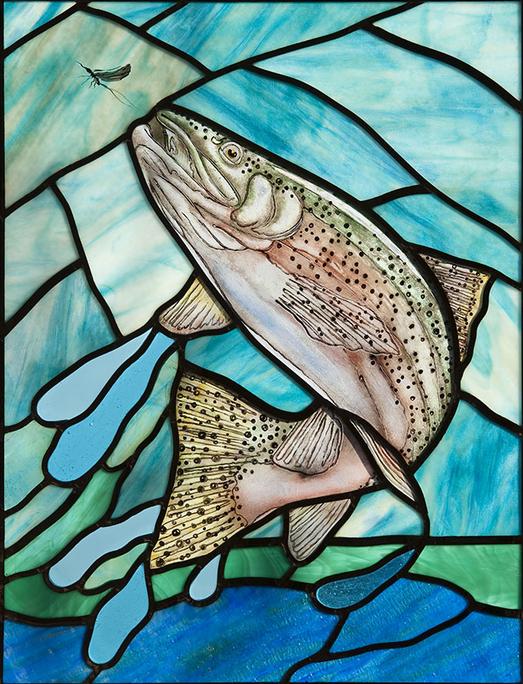