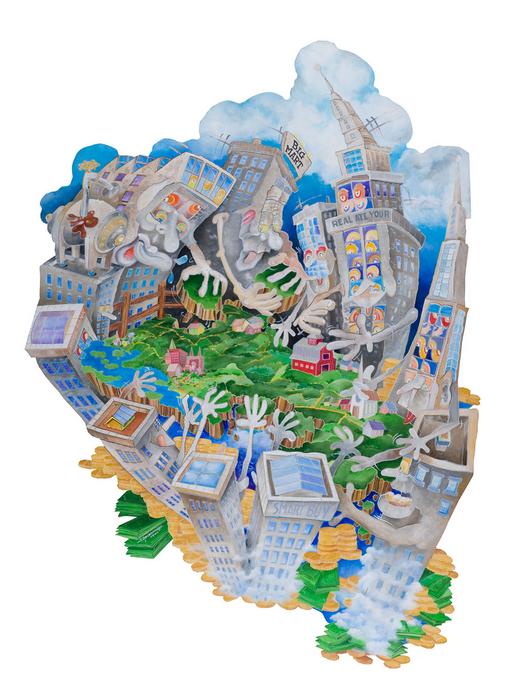 Finally, the Decision was Made: To Go Underground
72"h x 48"w - vacuuformed Kydex plastic over polyurethane foam base sculpture painted with acrylics 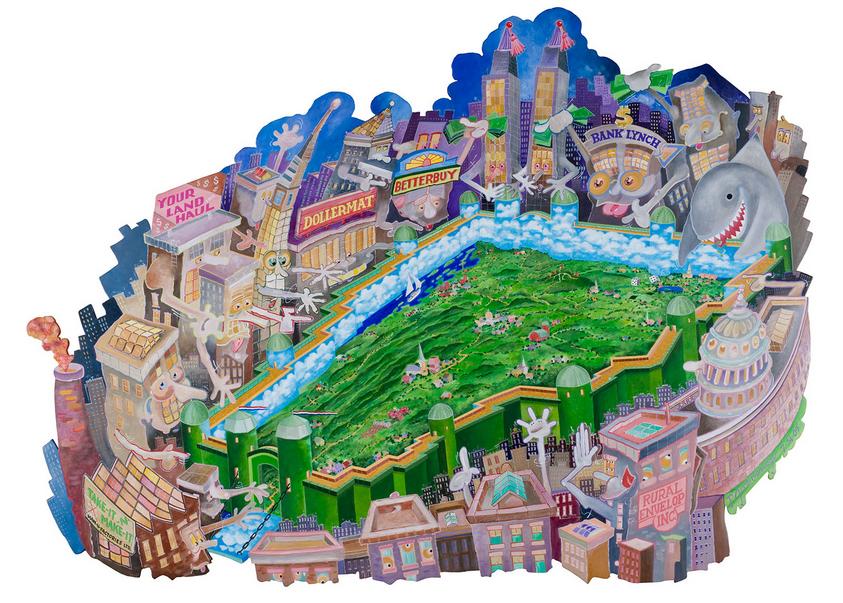 The idea for this piece came out of the statewide interviews conducted by the Council on Rural Development as they asked Vermonters to consider their thoughts and concerns about the issues facing the State and its future. It was expressed through the context of "we don't want Vermont to become another Disneyland." In other words, a tourist attraction; a place where the land and the people as well as its heritage are groomed and staged for the entertainment of a segment of society who come here to experience what they "think" Vermont should be like. It was from there that I built the concept of the State as one big amusement park.

Each generation of Vermonters as well as recent transplants wishes that they might keep the rural character of the State as fresh and unencumbered as they remember it. To close the door behind them and keep the rest of the world at bay is a tempting solution, even if unrealistic. This painting responds to that urge to wall off this peaceful, unspoiled landscape and to protect it from the forces that would develop it to look like anywhere else in the country. 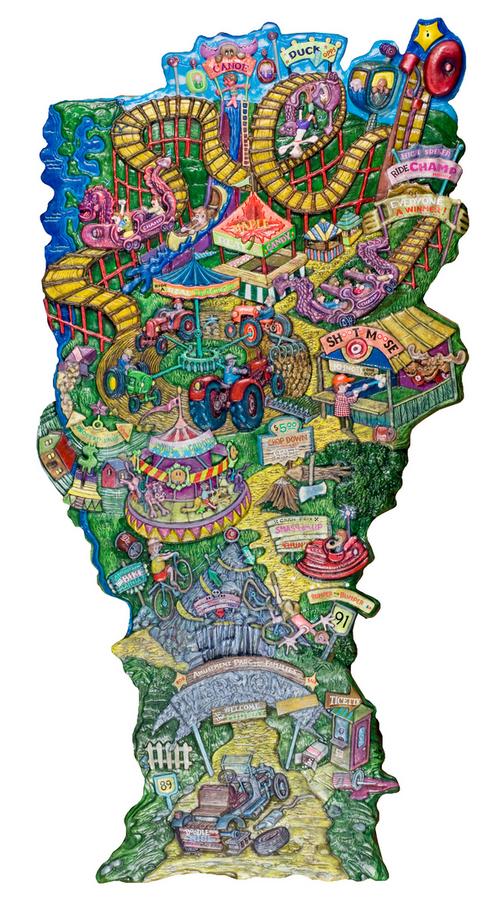 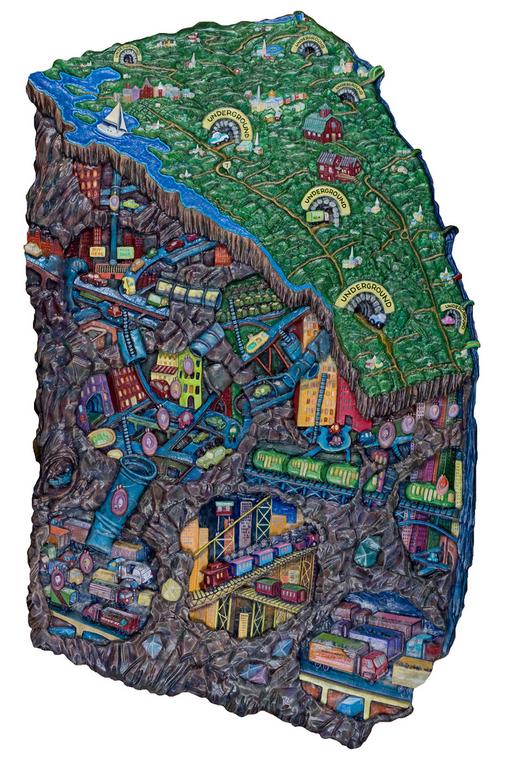 The Art of Action project was initially conceived and funded by Lyman Orton and Janice Izzi with further direction and management from the Vermont Arts Council. A public art competition was initiated in the fall of 2008. The guiding concept was that artists should have a say in exploring the future of their communities and their states. The artists would serve to "communicate in the universal language of human emotion" through the expression of their own art.

After a competitive selection process involving more than 300 aspirants, the final group of 10 artists were presented with the challenge to imagine the future of the State of Vermont through their own voices, styles and art. With input from the Council on the Future of Vermont and many other sources, a body of work consisting of over 100 pieces was created and assembled. The work was then sent out to tour and be exhibited throughout the State. It was to be shown in both traditional (galleries and art centers) as well as non-traditional venues. These included many downtown storefronts and community centers where the population might not otherwise come in contact with art. All this was focused toward the goal of interacting with and engaging everyday Vermonters to consider and think about the future of their State.

In the process of thinking about solutions to development and growth issues, I resolved to go anywhere my imagination might take me. If you have already been thinking outside the box, then why not under it? When looking at the mountainsides and trying to visualize them covered with buildings and houses, it occurred to me, why not under it? Maybe it is not a viable solution today but who knows where the future will take us.

This particular work was done in sequence with the six paintings created for this project. They were all focused on development issues but had, as a unified background, the wish to develop this limited and finite piece of land with care and deliberation. With so little space sought by many differing entities, the competition is driving up the cost living and affordability for everyday Vermonters who wish to remain on the land. The urge to extol the "I got my piece" mentality is making the future for the next generation difficult to attain and aspire to. There needs to be a formula for equalization that allows people to stay on their land while making room for controlled growth and sustainable development.